If you’re looking to get started with Linux, one of the more popular and beginner friendly distributions is Linux Mint. This distro is based on Ubuntu (and as of recently, they have a version called LMDE which stands for Linux Mint Debian Edition and uses Debian as the base instead of Ubuntu) and features a lot of unique customizations that make it friendly and easy to use.

In this guide, I’ll show you how to install Linux Mint and get up and running with it. You can install Linux Mint in a virtual machine, spare drive, or dual boot it alongside Windows if you’re not quite ready to take the full plunge.

No matter your installation route, you need to get the ISO file. Whether you’re going to write it to a USB or run it via virtual machine, the ISO is how you’re going to install the system.

That will take you to a download page where you’ll have several options to choose from . The most popular option is Cinnamon Edition. This is the desktop environment built by the Linux Mint developers. 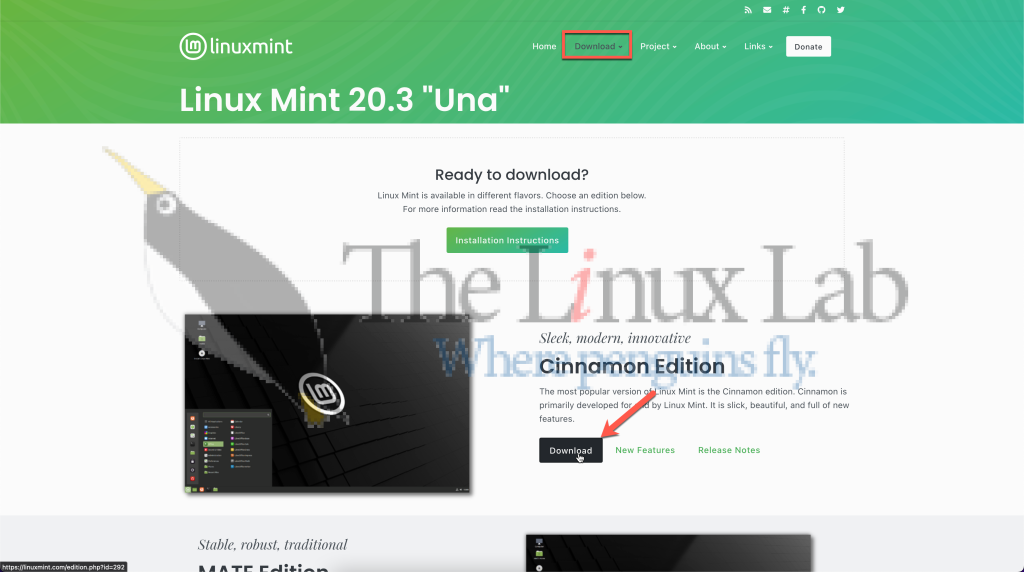 Once you’ve selected download on the Cinnamon Edition, you’ll need to choose a mirror. Choose a location that is near you. Keep in mind that sometimes the closest mirror isn’t the fastest. So you may need to try a few different ones until you find one that is fast. 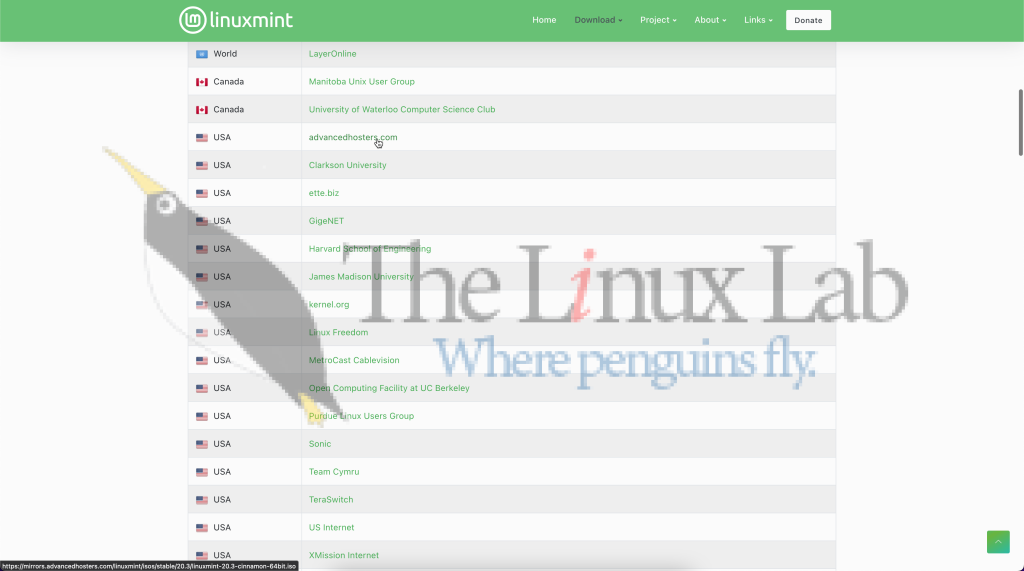 When you have your ISO downloaded, it’s now time to write it to a USB or fire up a virtual machine and load it in the virtual drive to boot from.

If you’re on Windows, I suggest using Rufus to write the image, although Balena Etcher is another popular option.

Booting into the LiveCD

When you boot from the ISO, Linux Mint will actually start into a live environment. This will allow you to test Linux Mint before you commit to installing it. This is also a handy tool to keep around – so don’t format your USB once you install! You can actually use live environments like this to recover data and fix broken systems.

Keep in mind that a USB’s performance isn’t that great so things may lag. Also, not all drivers load. When I was installing Linux Mint on an old netbook from 2009, I didn’t have any network access but once the system was installed, the driver for my wifi adapter did load.

If after poking around you’re ready to install, just double click the install icon on the desktop to get started!

Double click on the icon to launch the installer. 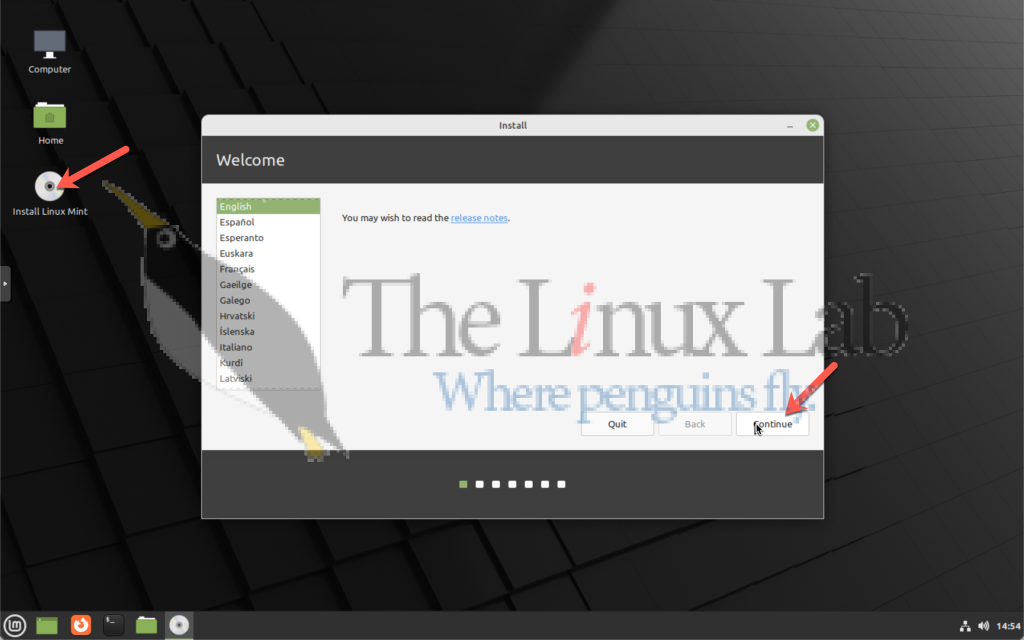 Click on Continue to go to the next section of the installer. 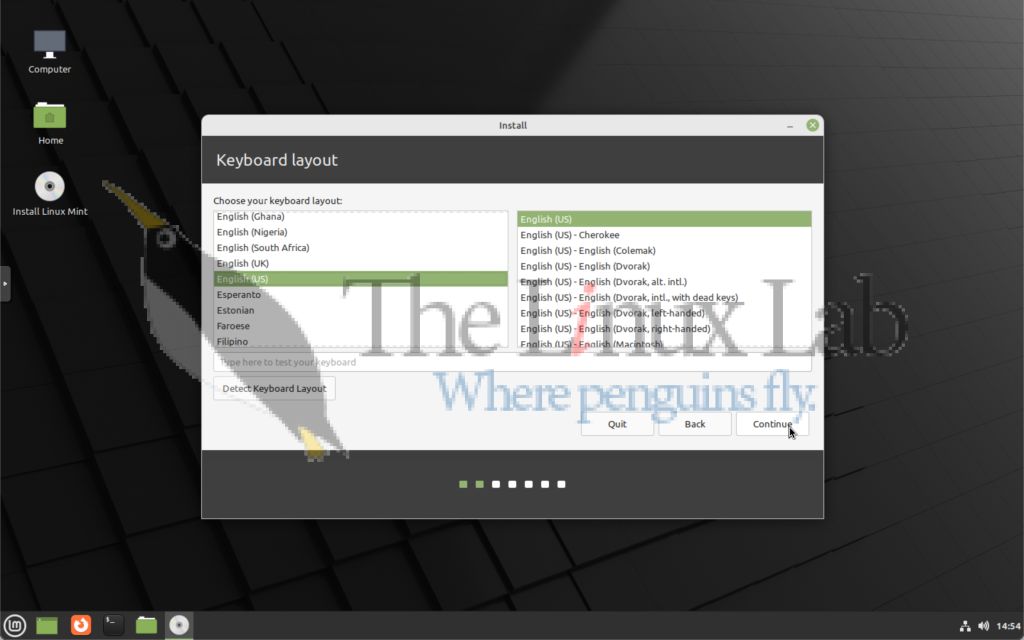 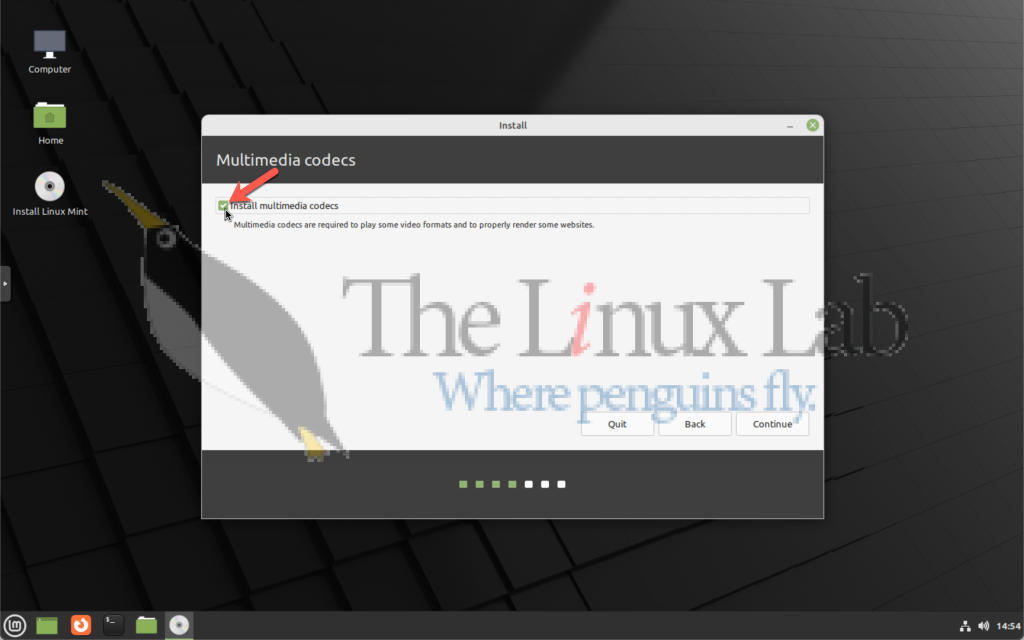 You’ll be asked if you want to install multimedia codecs. I highly recommend doing this. Keep in mind not all of these may be FOSS, but if you want to play media on YouTube and other similar sites, you’ll want these installed. 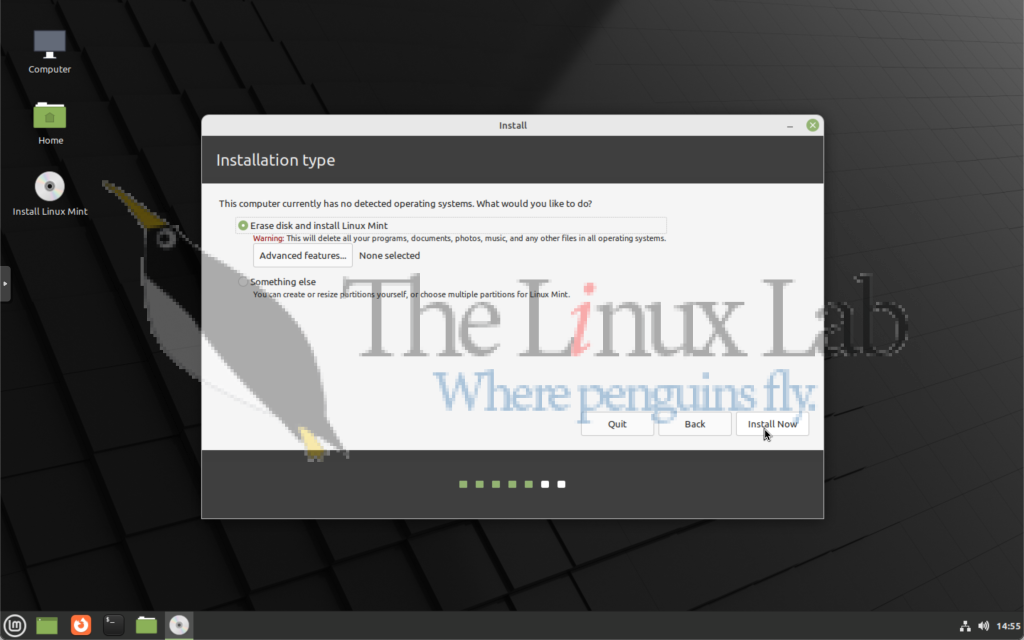 This is the point where you need to be extremely careful. Before you proceed, check what disk you’re planning on installing Linux Mint to. If Windows is detected, the installer will let you dual boot at this point. Be very careful about messing with partitions as you can cause data loss. If you’re erasing a disk, be 100% sure that is what you want to do! 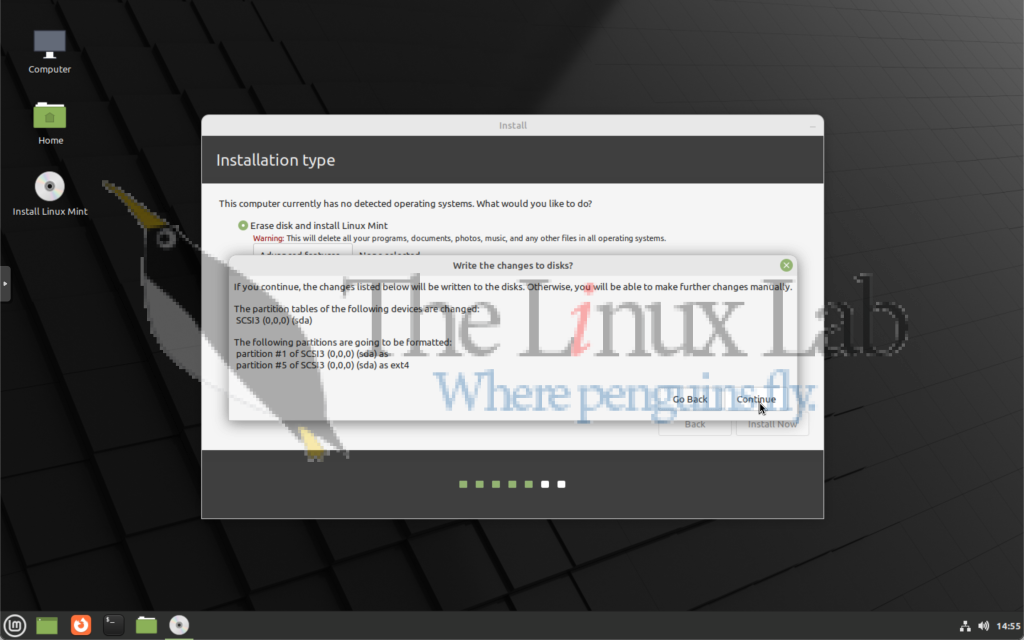 This is the last warning you’ll receive! Confirm the partitioning by clicking continue. Once you do that, the partitions are written to disk. 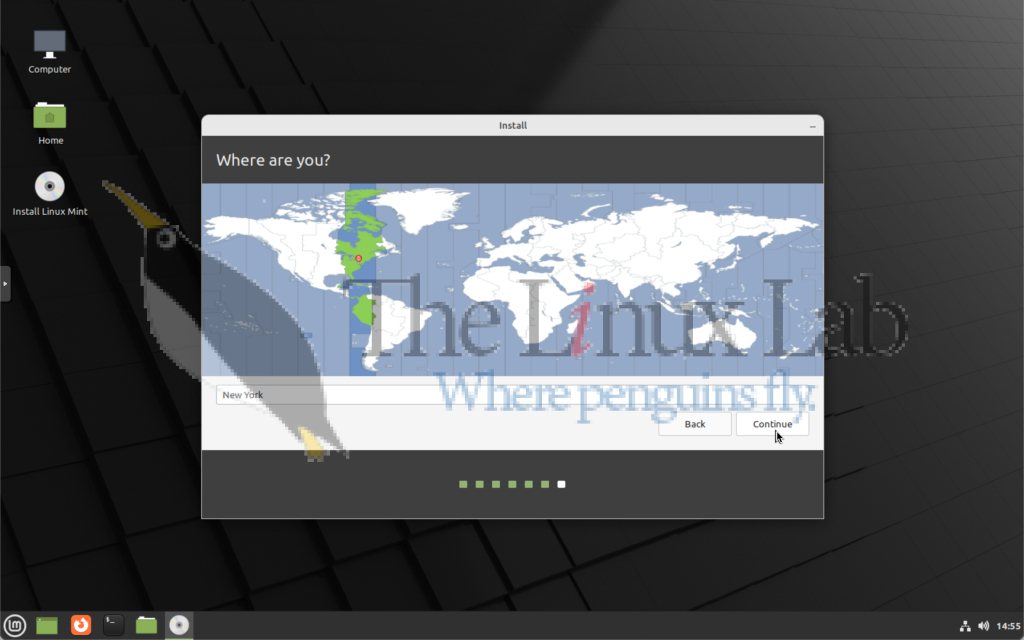 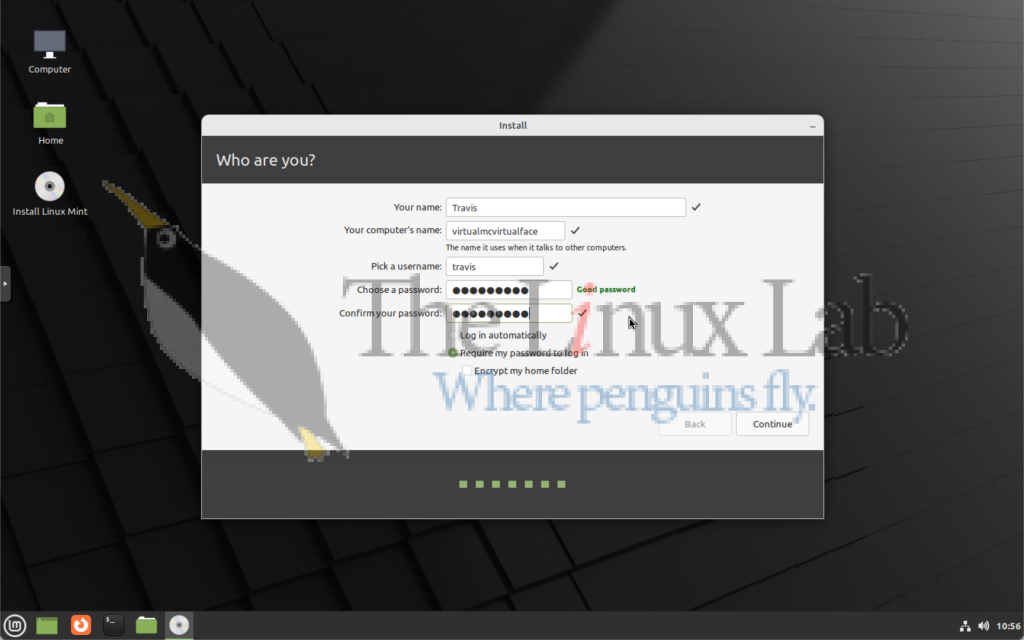 Create a user account for yourself. This user account will also be able to perform administrative duties by elevating up using sudo. 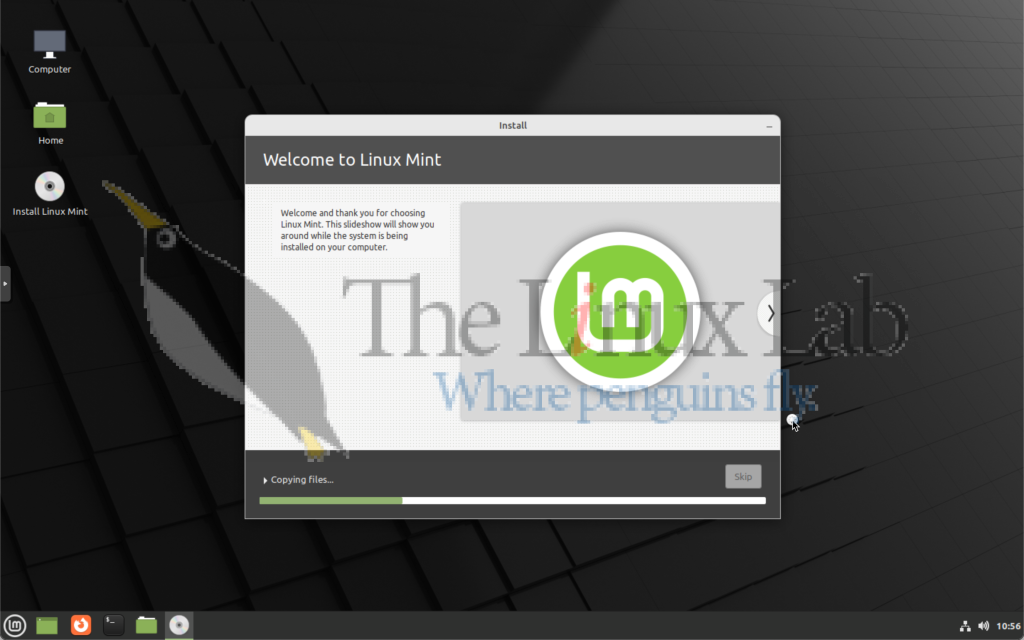 Your system will start to install! Give it a few minutes to complete – go make a sandwich, another cup of tea, refill your coffee. 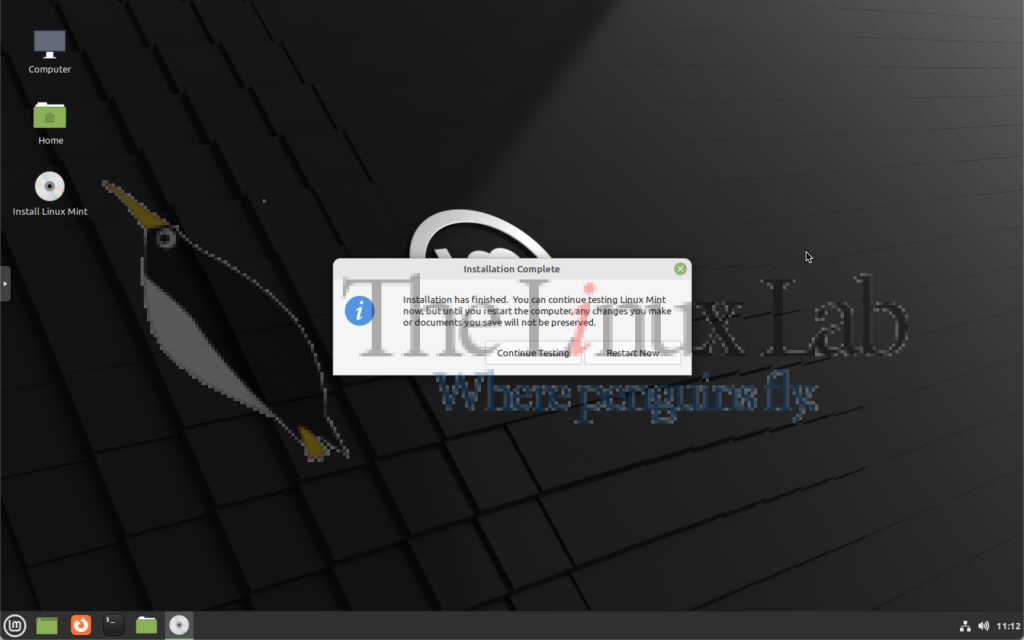 Once the install is finished, you’ll be asked if you’d like to continue testing or reboot. At this point, we’ll reboot. You’ll be prompted to remove the installation media and press enter. Once you do that, your system will reboot into your freshly installed Linux Mint system!

Once your system reboots, you’ll be greeted with the login screen. Enter your password that you selected during the installation process. 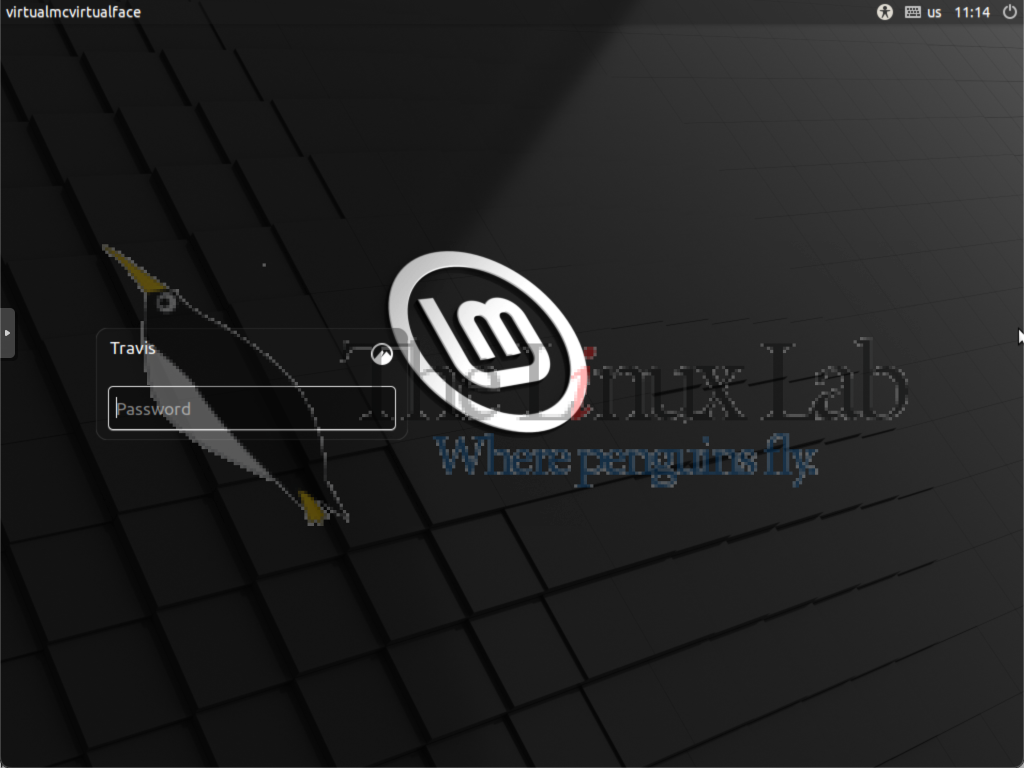 Once in, you’ll see this welcome screen that will help you start customizing Linux Mint and getting your system ready: 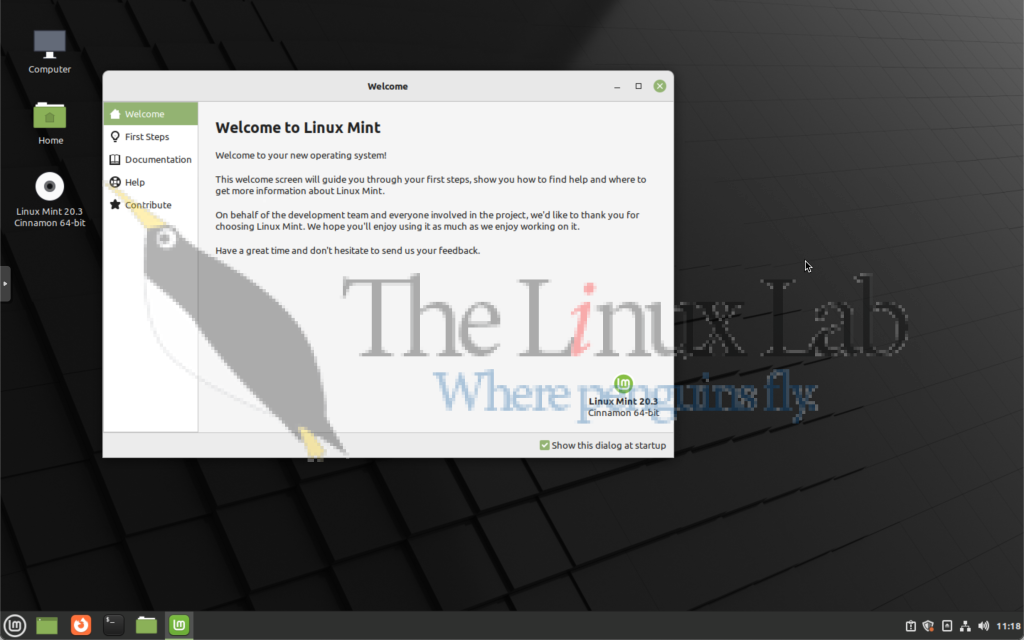 If you go to First Steps, you’ll be able to customize the way the interface looks. 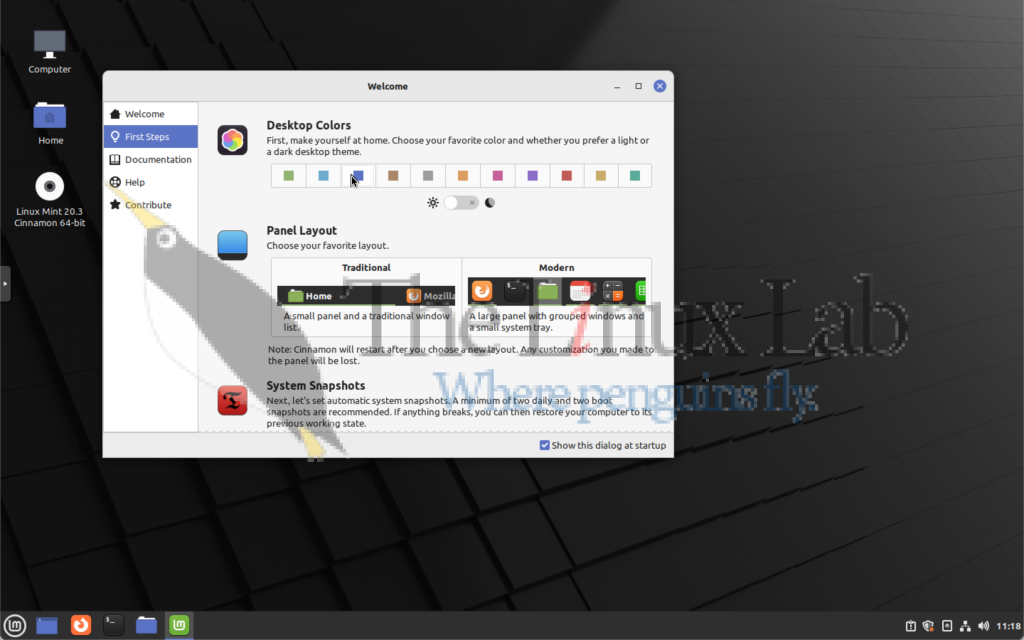 And if you scroll down, you’ll see some important system functions. The first thing you’re going to want to do is run system updates to make sure your system is patched. Many packages have had updates since the ISO was created, so this is a good thing to run. You’ll also see an icon down in the system tray near the clock that will help you see the patch status of your system. 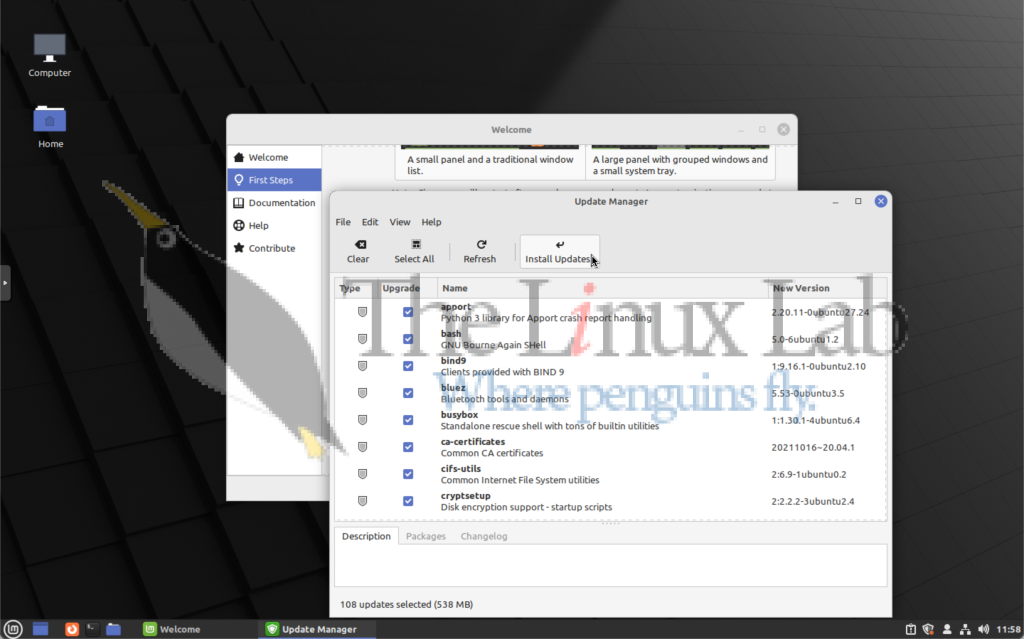 When you run updates initially, it may take awhile as a lot of packages could have updates.

Once updates are installed, it’s a good idea to reboot because certain updates, like the Linux kernel, can’t be reloaded without a reboot.

If you are used to Ubuntu or Debian and you want to update your system from the terminal, you can of course do that, too!

To install more applications, just launch the Software Manager and find different software applications that you would like. All sorts of software is available, including most popular software you might use on Windows such as VLC, Spotify, DropBox, Skype, and more! 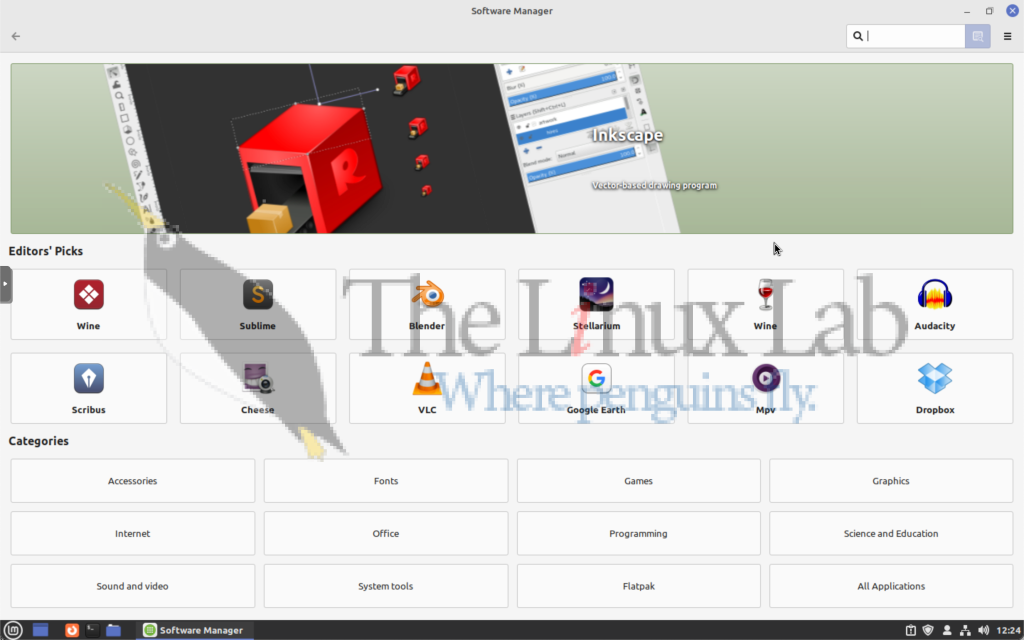 Additionally, you can install software for Ubuntu or Debian systems that is packaged as a .deb.

How to check uptime of a Linux machine