Proxmox VE is one of my favorite virtualization platforms. With the recent news of Broadcom buying VMware and Microsoft ending support for Hyper-V server, Proxmox is probably going to be a platform that a lot more people and companies start to seriously consider. There is a ton of community support and official support is very reasonably priced. I know of several homelabbers that purchase a Proxmox subscription because they want to fund the development and because it doesn’t require them to take out a second mortgage to pay for.

Besides the ease of use, Proxmox is also lightweight. One of the reasons I switched to it back in 2012 was because it is lightweight. I had a couple servers that I had Microsoft Server 2008 R2 installed on with Hyper-V for a test lab. But the problem was that I was always running out of resources. That’s when I found Proxmox and I was hooked.

So you built a new Proxmox VE host server and you want to update it. But when you run updates, you get errors that the server failed to fetch updates: 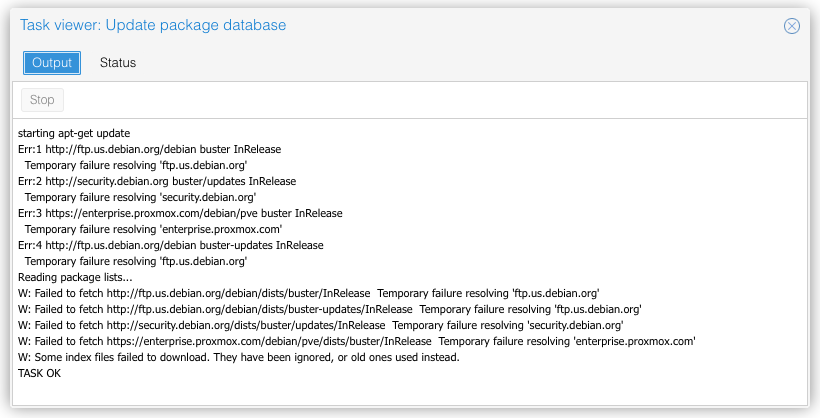 By default, Proxmox wants you to have a support license which allows updates. You absolutely should purchase a license if you use Proxmox in a commercial environment or if you just want to support the project. But if you’re on a budget or your business is just starting out, maybe having support isn’t important right now, or maybe this is a lab environment where you don’t need support.

Here is how I enable free updates on Proxmox VE.

Open up the shell, either by clicking the node name and then clicking on the Shell button in the upper right, or by SSH into the host. We’re going to copy the current repo list like this:

Next, open the pve-no-subscription.list file with your favorite editor. Proxmox includes nano and vi. If you’re not familiar with vi, nano is much easier.

Change the following: https to http, enterprise to download, and pve-enterprise to pve-no-subscription. Your file should look like this: 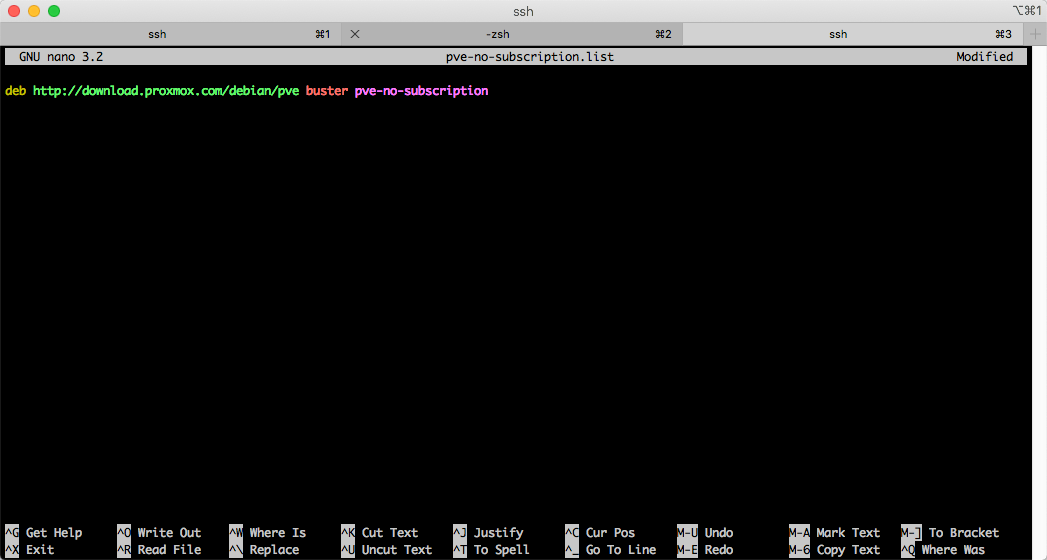 Now on your terminal, run apt update and then apt dist-upgrade. Your Proxmox system will start downloading and installing updates.

Since you probably have a new kernel, it would be a good idea to reboot your host as soon as possible. Don’t forget to schedule the downtime with your significant other, roommates, and family if you’re providing any services they can’t live without for a few minutes!