About The Linux Lab

This site was originally started in 2009. The Linux Lab (or LXLab) was originally thought of to be a “hacker space” of sorts for Linux enthusiasts. Obviously, things have changed. Originally the site was powered by PHP Fusion and it looked something like this:

We’re now glad to provide the community with guides and news on Linux.

We’ve had the same logo since day 1:

The penguin graphic came from this Linux logo competition. Specifically this logo: 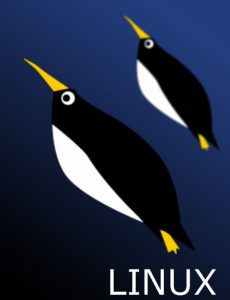 This logo was created by Ben Subolo and is used in its modified form with permission.

Unlike a lot of the major Linux blogs out there, this one is independently owned and operated. This site is exclusively sponsored by NodeSpace Hosting. If you’re in the market for web hosting, need a dedicated server or a virtual private server, go check them out!

The Linux Lab is an independent publication. As such, we don’t have any corporate backing – just the companies that have purchased ad space on our site. If you’d like to contribute, please consider buying me a coffee! It lets me know you appreciate the work and want to see more.